No items found.
Product is not available in this quantity.

'Do Not Resuscitate' wins a North Street Book Prize 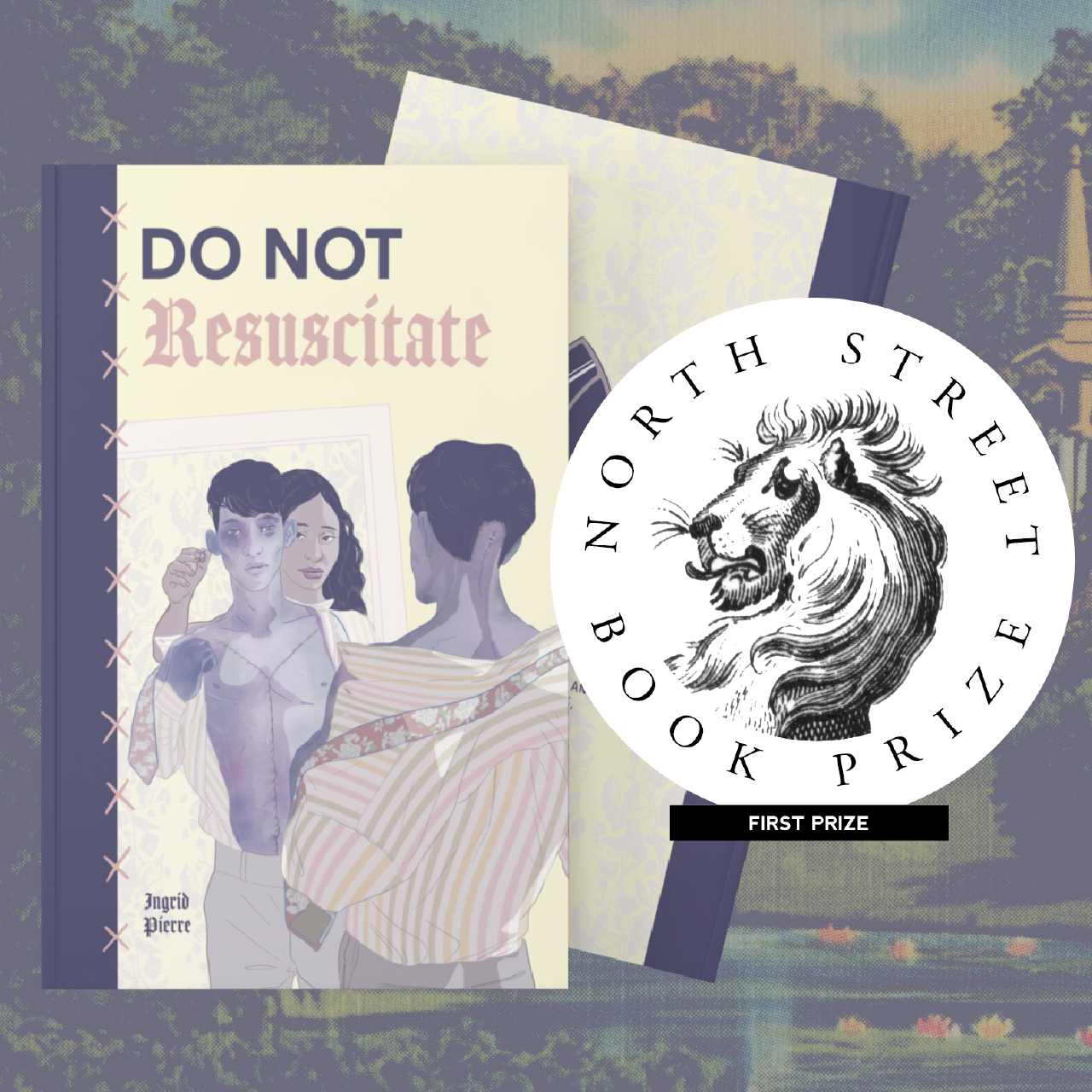 This year I'm honored to have received First Prize for Graphic Novel & Memoir from The North Street Book Prize.

See the announcement on winningwriters.com

Graphic Novel & Memoir winner Ingrid Pierre's Do Not Resuscitate is a horror story that is also a love story. Having been in denial about her architect boyfriend's imminent death from cancer, a young woman inadvertently conjures up a zombie version of him, but the endurance of their love is undercut by his body's continued disintegration.

One of our contest screeners said of Ingrid Pierre's graphic novel Do Not Resuscitate: "This is a beautifully drawn story about death and the inability to let go." My co-judge Jendi Reiter saw this entry as "one of the best-executed graphic novels we've seen in terms of professional artwork and clarity of storytelling... Horror and romance elements are well balanced."

I agree with those assessments. The plot is compelling: a young woman having a difficult time accepting her boyfriend John's death from cancer is at first overjoyed when he comes back from the dead. But even as the reunited couple make love and bathe and continue on with daily activities, the man's body begins to decompose. The physical degradation of rot is drawn in a way that is at once horrific and respectful. The couple's efforts to control their leaky ceiling reinforces the symbolism of bodily ooze.

Without giving away too much of the plot, the bereaved woman is plagued by guilt over how she handled the stress of providing hospice care for her dying lover, and this problem takes center stage as the couple grapple with the impending loss of John's resurrected body, which continues to weaken. The expert graphics, probing dialogue, and shifting color schemes work together as John prepares his girlfriend to move on with life as best she can. In the real world, grief is messy and hard, and can never be fully resolved (despite our culture's insistence on achieving "closure"). The writer understands this reality.

There is a deep level of symbolism and mythology working here to subliminally advance the story. The author's exploration of the ramifications of a dead body coming back to life suggests an understanding of literary and cultural works on re-animation, such as the novels Dracula and Frankenstein, films about zombification, and religious beliefs about life after death.

As the boyfriend's re-animated body continues to vanish, the couple work hard to come to terms with how they behaved toward each other in life, grappling with urgent haste to understand and honor their lost relationship in all its complexity: the good, the bad, the mundane, the loyalties, the betrayals, the joys, the losses. Readers who have experienced grief will recognize this process...

Monthly Newsletter
Sign up to receive updates from our shop, including new tea selections and upcoming events.
Thank you! Your submission has been received!
Oops! Something went wrong while submitting the form.